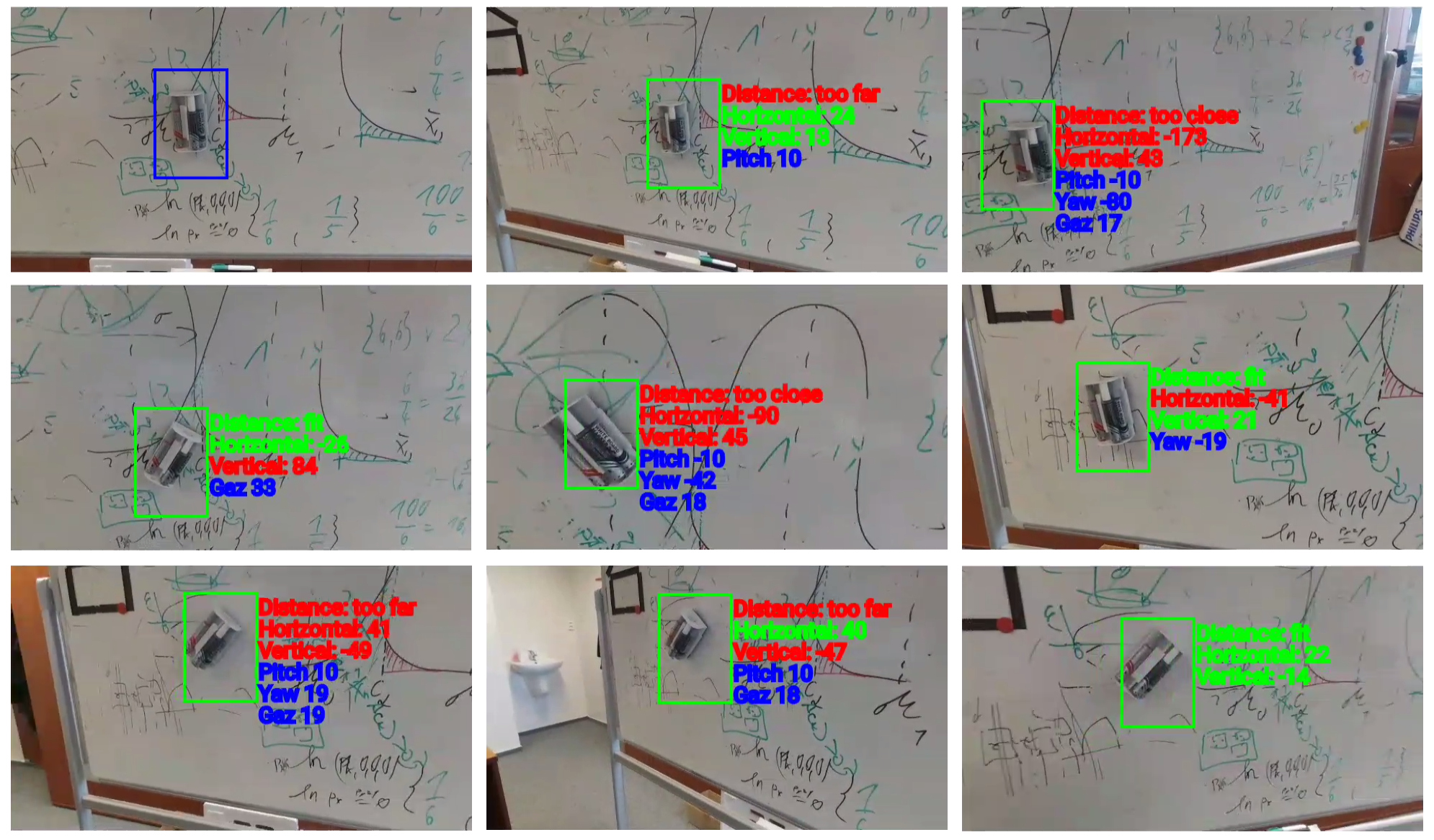 Evolution in information technologies in recent years leads not only to a significant improvement of hardware performance but also to offering new hardware solutions not possible before, like unmanned aerial vehicles (UAVs) - drones. Such devices are now widely spread and usable not only for industry and commercial applications (like surveillance, rescue, and medical tasks) but also for free time fun applications in a personal usage. Abilities of such devices can be significantly improved if they are able to capture and react to their location and surrounding using some camera system. Therefore, a possibility to process an image captured by the camera of UAV and an ability of the device to process the image and react in real time to the current situation is a time-critical process. For such tasks, we have to consider only fast image processing algorithms with small performance impacts.

We extend abilities of general drone with a front camera by an object tracking application. The drone streams video into a mobile phone where the proposed application processes the movie, tracks the object and automatically controls the drone movement.

Our idea was to create as fast algorithm as possible in order to preserve computation power for other tasks such as obstacles detection, etc. For this purpose, we used and modified the F-transform approximate pattern matching algorithm which is known for its high computation speed. The algorithm was used for detecting and tracking a user-defined object in movie frames in real-time without any time expensive learning phase. We showed the system architecture of the algorithm and the task flow for the mobile phone application which detects the defined object and sends commands back into the drone. We evaluated processing speed with the conclusion that the application can run with 20 frames per second on the simple mobile phone while the mobile phone processor load is only 32%.